I love seeing women succeed, and Kat Von D has been killing it these last few years. Her brand started out smelling of a vanity project, but she's really made it into a stand-out, with an aesthetic that is both authentic and distinctive.

I'm not much into contouring, so the first iteration of the Shade & Light palette passed me by. I was much more enthralled with the Eye Contour version - even though I already had the Viseart 01, the OG of matte neutral palettes. 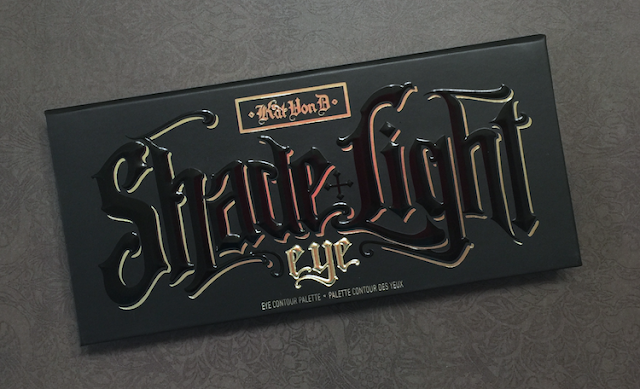 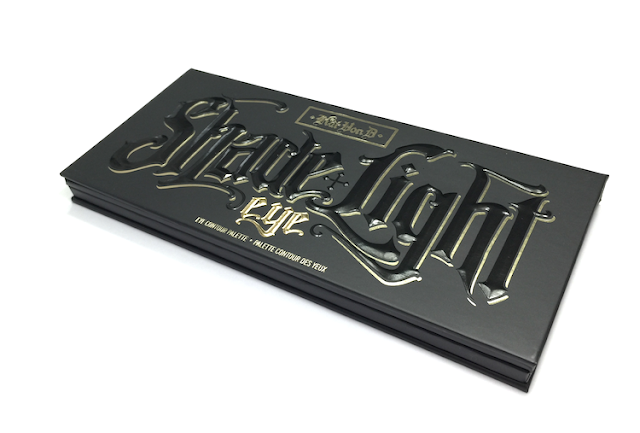 The packaging strikes a great balance between practical sleekness and gothic whimsy and I very much appreciate the shades being named both on the exterior box and on the back of the palette itself.

Random aside - from some of the pictures Kat has posted on her Instagram, I got the feeling that she was into some version of the occult. Usually the name choices in her brand reference music, art and literature, but this palette is definitely magickal in tone.

(Specifically, some of the shade names are those of demons listed in the Ars Goetia, one of the books in the Lesser Key of Solomon , while others are the names of archangels in Talmudic lore. Very fitting for something named "shade and light", and Kat gets a fistbump for working in references to a freaking 17th century grimoire. )

The palette itself is laid out in a user-friendly manner, with three functional "quads" - one more neutral, one cooler, one warmer. Each has a larger pan of a light base shade, a medium contour (or transition) colour, a dark defining colour, and a pale highlight colour.

You can mix and match across the board, but the way the shades are arranged makes the palette very accessible for a makeup newbie trying to build a cohesive eye look.

They very nicely include a guide on how to do all that: 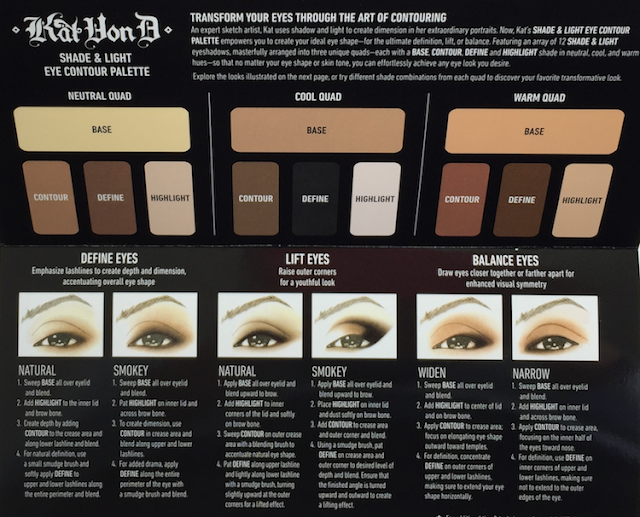 There's also a very convenient mirror in the lid, something that's sometimes lacking in cardboard-style slimline palettes, and a magnetic closure. 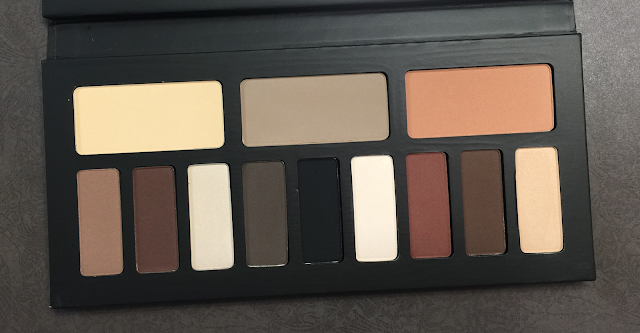 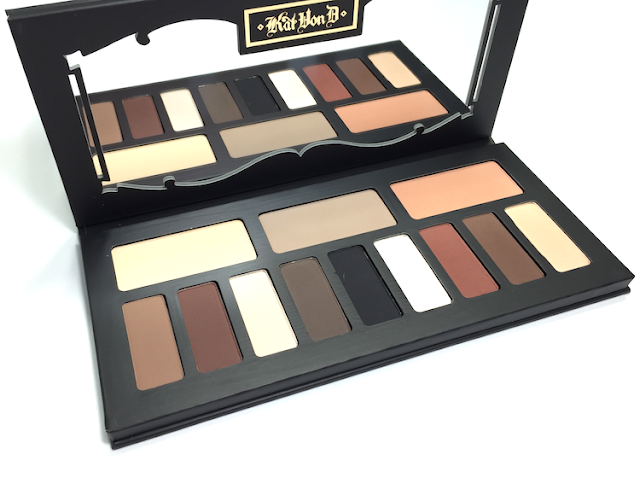 The shades are matte, with the three palest having an incredibly subtle satin finish, barely perceptible as a sheen once applied.

Mattes are some of the trickiest formulations to nail. Pigmentation aside, the real secret is getting the texture right. Too soft, and they can blend away too easily, or be hard to layer with other eyeshadows. Too firm, and they can be difficult to lay down and build up.

These strike a near-perfect balance between smooth and dense. I had no issues getting these eyeshadows to do what I wanted them to do. Haze out a soft transition? Easy. Build up a serious smokey eye? No problem. Deepen a crease with perfect accuracy, or soften the edge of a winged eyeliner? Done and done.

If, like me, you were just "meh" about the face contour palette, you might be pleased to know that Lazarus (the grey brown transition colour) is aces for shading out some faux cheekbones. 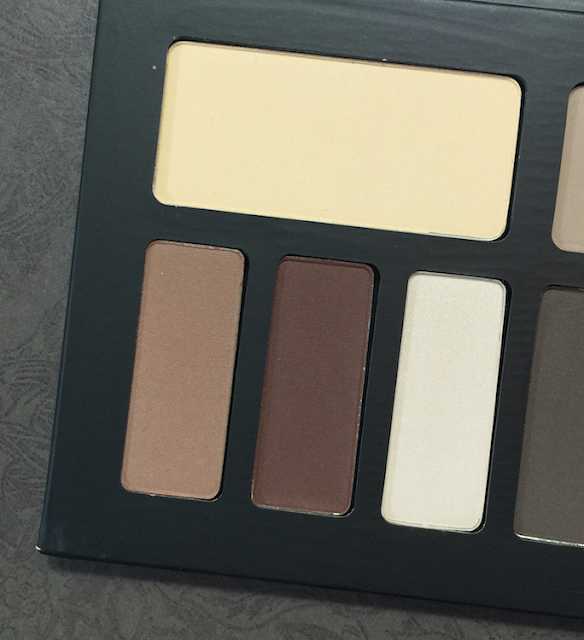 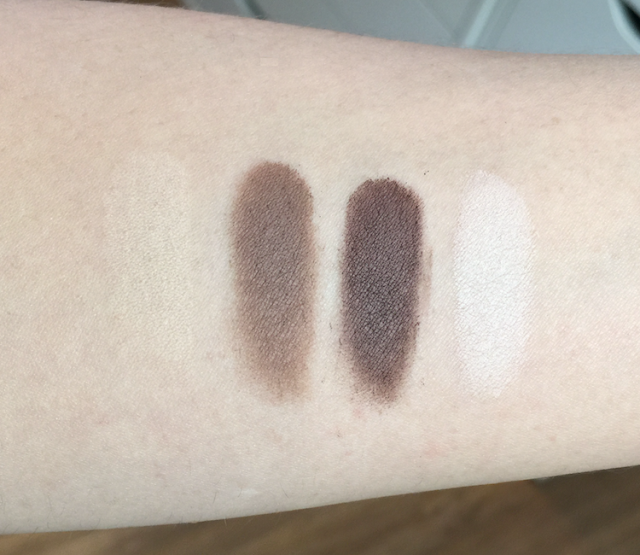 Laetus - looks more yellow cream in the pan, but actually applies as a bone colour. Probably has the firmest and driest texture in the palette, and one of the sheerer applications. It's great, however, for dusting all over the lid after a primer or cream base to given an even base, especially if you're of a similar colouring to me. If you're deeper, it'll probably be underwhelming.

Solas - a deeper version of Samuel, wonderful for sculpting out the crease and the outer corner.

Lucius - a beige-tone off-white, I especially like this for giving a bit of lift to the eyebrow arch without adding shimmer. 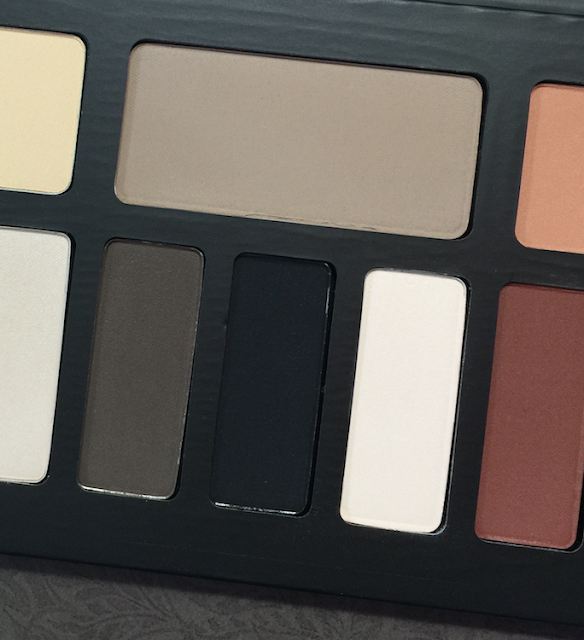 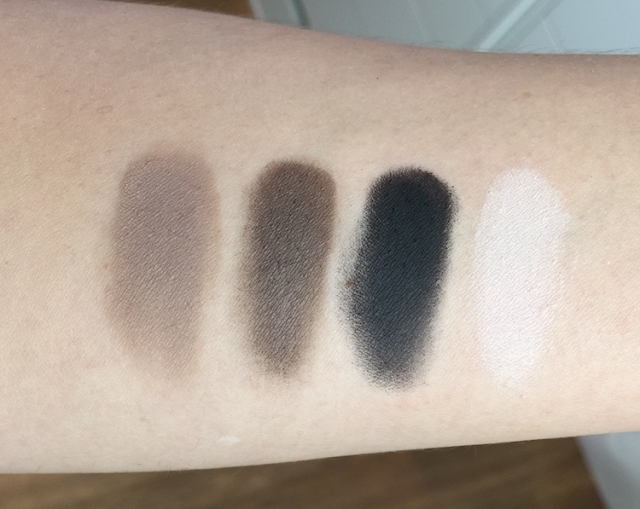 Lazarus - a greyed-out, pale brown. Another workhorse shade, which on lighter complexions works beautifully as a face contour.

Saleos - a deeper, cool-toned brown, excellent for sculpting in those shadows. If you have dark hair but have a hard time finding an ashy eyebrow powder, this might work for you as well.

Shax - it's, well...black. Nothing much to say, except that it's very easy to work with. I love it for going over my wing liner to lock it in and keep it matte, and unlike some black eyeshadows, the formula doesn't smudge or drop down debris.

Liberatus - ever so slightly off-white, no chalkiness. I'm pretty "meh" on these kind of colours, so I mostly just wish it was shimmery, but it does what it does. 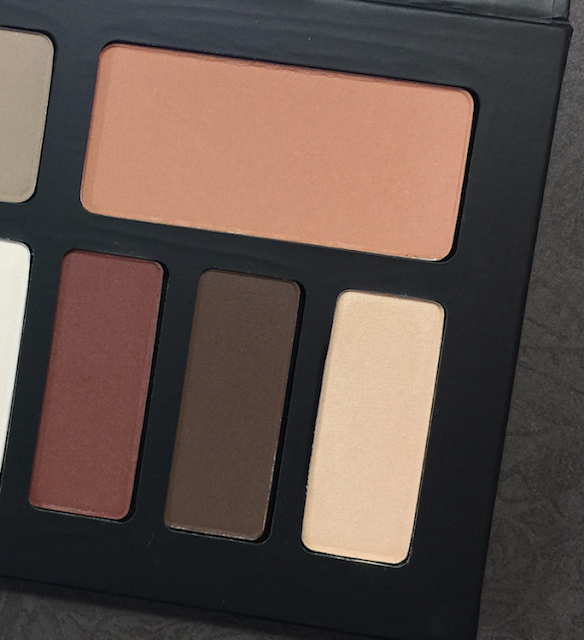 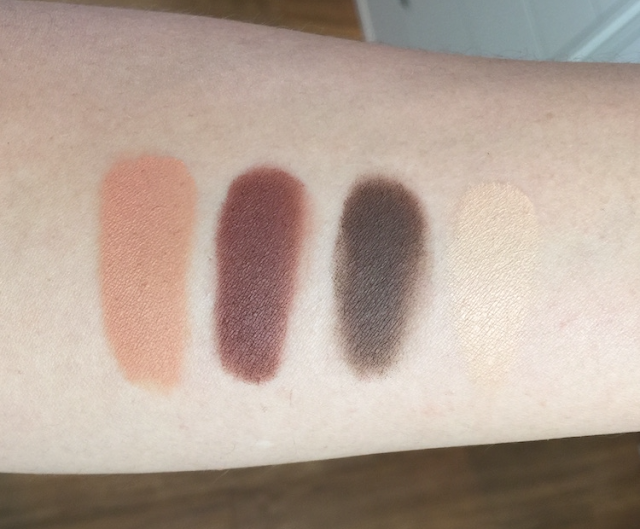 Ludwin - a hybrid of soft terra-cotta and melon, this is a shade I didn't realize I was missing in my eyeshadow wardrobe. It's perfect for saving a smokey eye that has gone all drab and tired looking, and I like to use it as my softest, most hazed out transition colour to build up an eye look. (When I'm fancy like that.)

Succubus - a muted brick with a bit of burgundy, this shade is especially stunning with blue and green eyes. Like Ludwin, a little of this smudged in the crease perks up a neutral eye look.

Sutry - a deep chocolate brown, a rich and lovely alternative to black.

Latinus - a warm creamy white, this one has the most sheen visible, as well as the richest pigmentation of all the highlighter shades. It's my favourite for that purpose, though it also looks very nice as a base all over the lid, brightening without being stark.

All in all, a very practical and beautiful palette. If Michelangelo was a) alive, b) really into contour, he'd have a field day using this thing to sculpt some faces. If I were to tweak it for my own personal liking, I would have given the highlight shades just a touch more sheen, but YMMV.