I'll be doing a series of quick and dirty swatch-and-mini review posts for the holiday palettes, as there isn't a lot of time left to purchase or put things on wish lists for the holiday gift-giving season. (And I'll be back to both regularly scheduled programming and some new things come January.)

For today, I have two really, REALLY awesome palettes: The Make Up For Ever Artist Palette and the Laura Mercier Artist Palette for Eyes and Cheeks. (And hey, I just realized the name similarity here. They both wanted to be sure you knew they were MUA-friendly brands, I guess?)

First up, the Make Up For Ever Artist palette. Price is 48$ CAD, available at Sephora. 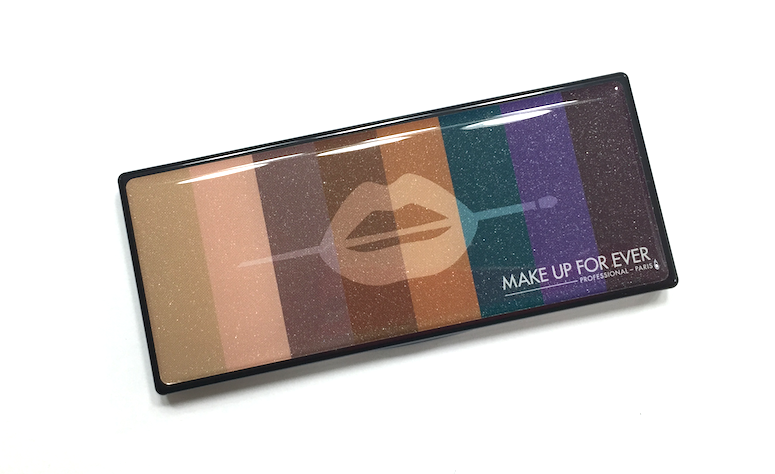 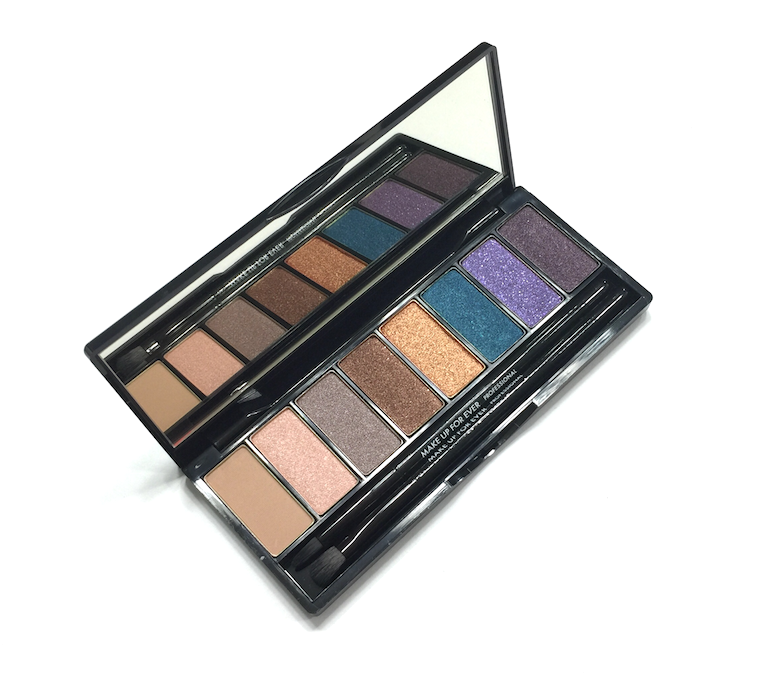 The new MUFE eyeshadow formula is both unique and a vast improvement over their original formula. It's one of those weird gel-powder hybrids, but without that surface dryness that kind of formula can have. These are creamy and a little dense, with a neat texture when you press your finger into the pan, almost like it has a bit of squishy-ness. The gel part of it, I assume? And unlike a lot powders that claim some kind of special privilege of being usable wet, these powders not only can be applied damp, they transform into an almost cream eyeshadow texture when applied wet. They can be painted on, blended, buffed out without losing potency or getting funky.

All the shades I've tried so far have wonderful pigmentation (especially the Metallic and Iridescent finishes), and more notably, are an absolute dream to build up, sheer out and generally blend. They're so incredibly malleable for a powder eyeshadow. I think the ones that might be the weakest in pigmentation are the Diamond shades, but it's a truly minor difference.

I've heard that these eyeshadows can develop a hard pan surface, which hasn't happened to mine, yet. (I think because of that gel-powder, squishy texture they compact down easily, maybe?)

Shades are, left to right:

I think the Copper Red and Blueberry are perhaps the only ones where the name doesn't quite match the color, but otherwise they're pretty accurate descriptions.

Next up, the Laura Mercier Artist Palette for Eyes and Cheeks. Price was originally 70$ CAD, now 59$ in the sale section at Sephora. Score! 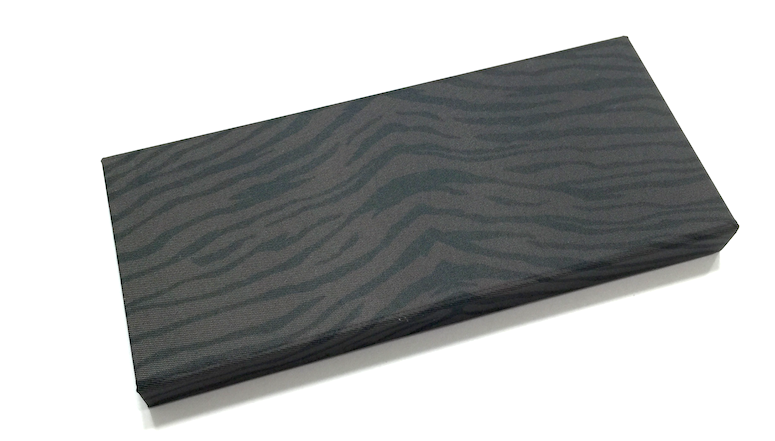 I have to say that the exterior of the palette is decidedly lacklustre. It's a functional flip top with a magnetic (sort of) closure, and a zebra-like cloth wrap. It's just totally "meh". 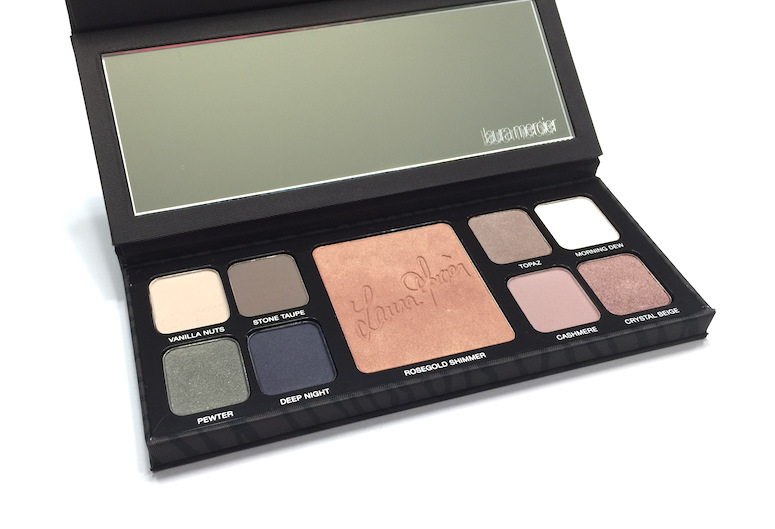 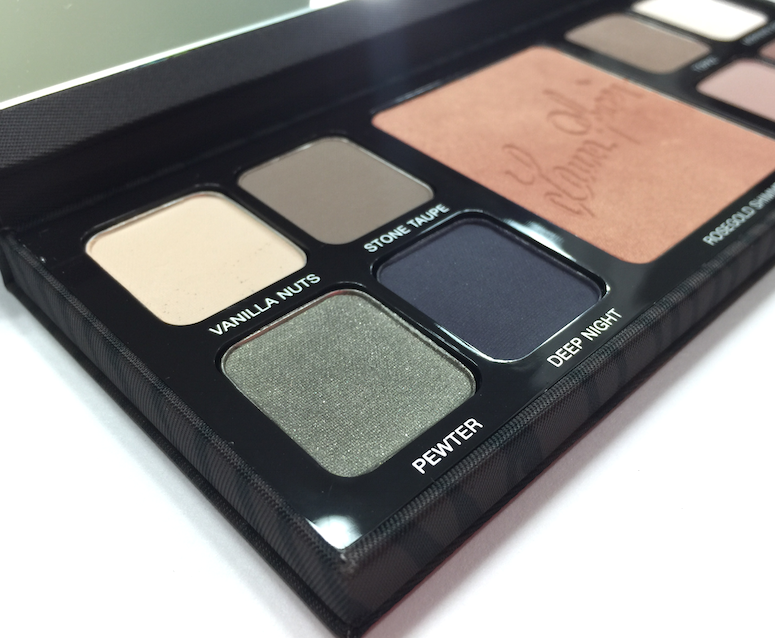 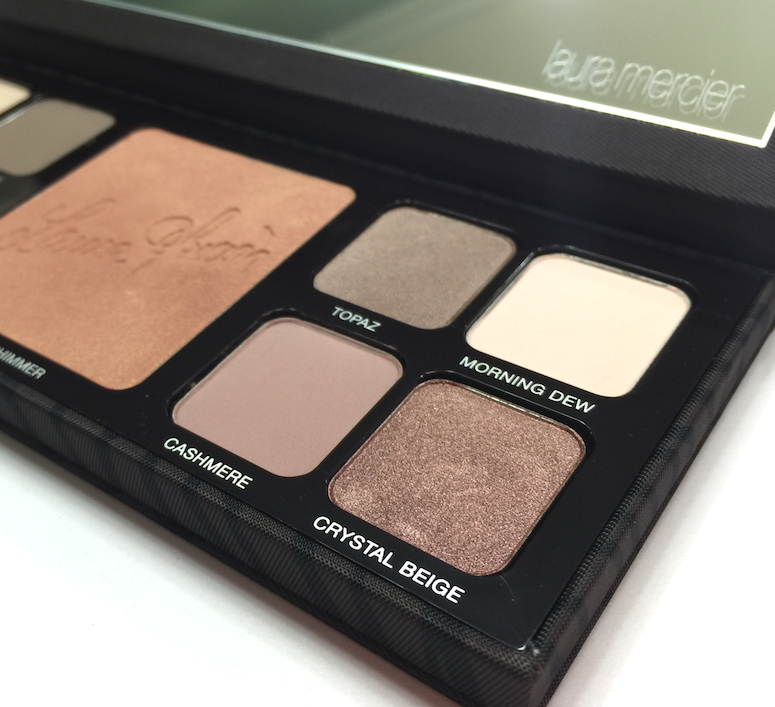 I had a rough patch with the Laura Mercier palette. My first one had a misprint that turned Deep Night into something close enough to a racial slur that I debated with myself for a week before exchanging it. That bump aside, it's a lovely palette! The eyeshadows are up to par with what I expect from LM (compared to, say, the unreliable quality of Bobbi Brown palettes), with silky-smooth mattes, creamy-textured shimmers, and great payoff. I find the rosy tones on the left side especially useful for everyday wear, but the navy also makes a terrific eyeliner shade, and the stone taupe is a go-to contouring shade for both eyelid and cheeks.

The one thing that stands out a bit oddly is the blush/highlighter, as it is distinctly warmer-toned than the rest of the palette. It can be a bit odd pairing them in a cohesive look, but I actually like dusting it a bit over the centre of the lid to add a burnished tone and then applying it as a second, highlighter-y blush over a rosy or taupe blush to tie everything in. It's probably a little less value for the buck if you don't like the blush, since it contains half the amount of eyeshadows compared the palettes from previous years. If you do like it, though, then it's great quality for the price, especially now that it's discounted. (If you want to press your luck, you can also try waiting until the sale section discount thing Sephora usually does later in December/early January.)

Back soon with a few more!