I don't want to begrudge the cosmetic scientists who no doubt work long hours over at l'Oréal RnD their due. I'm sure they had a lot to do with the awesomeness of the brand-new Magic Skin Beautifier BB Cream.

But let's be honest about what really made the difference here. 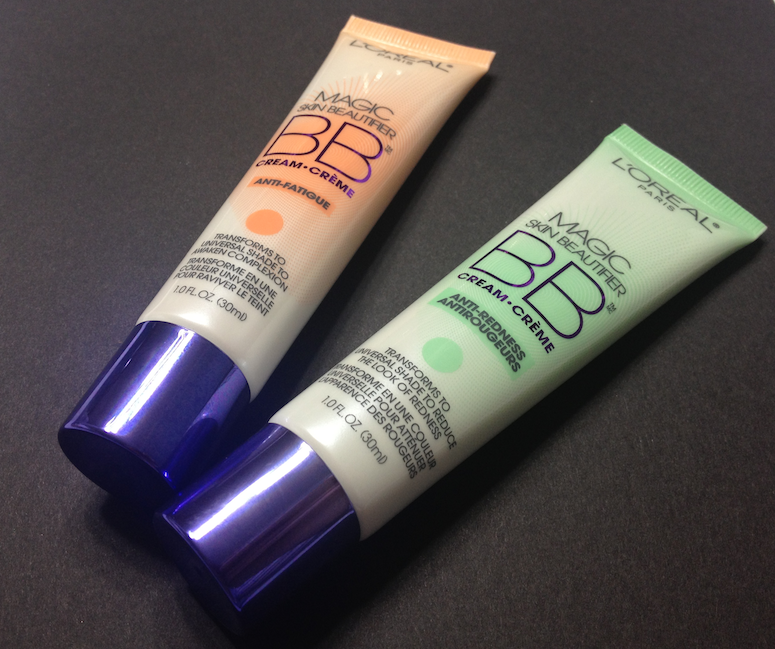 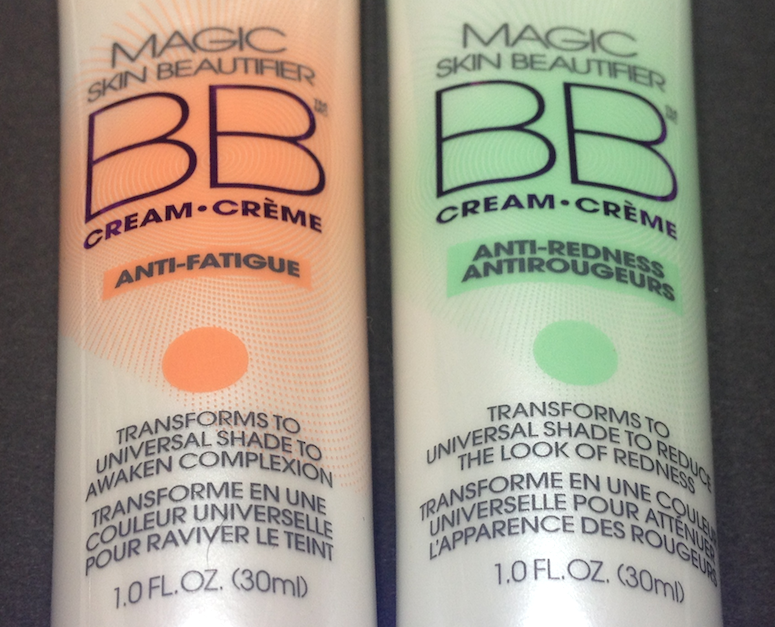 Like many of you, I tend to greet the release of yet another BB cream with a jaw-cracking yawn. Skin-smoothing, tone-enhancing, wrinkle-blurring - you and I have heard it all. Do we really need to hear it again and again with every new season?

In the case of the Magic Skin Beautifier, YES. Also, HELL YES.

This formula comes in two versions, one claiming to work against signs of fatigue to awaken the complexion, and the other to reduce the look of redness. Both of them come out of the tube distinctly coloured  - one a sherbert orange, the other pale mint green - and transform to a peach tone when rubbed in. (In the swatches below I applied the Anti-Fatigue one a little more thickly, so it's showing darker and more opaque.) 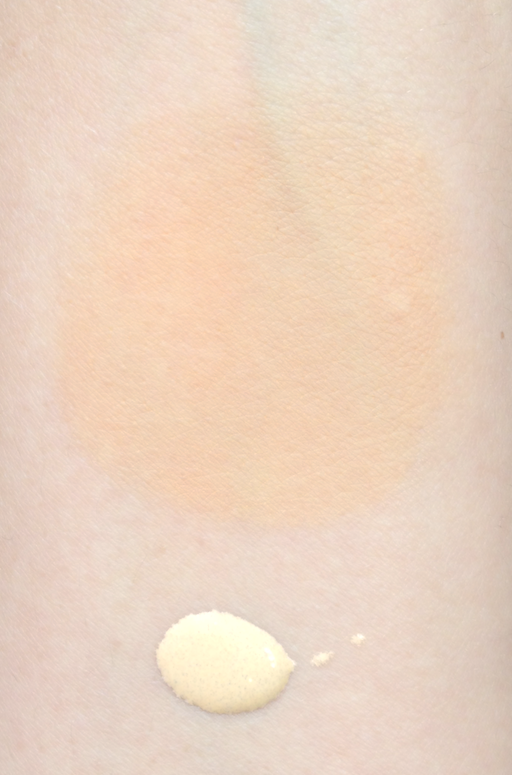 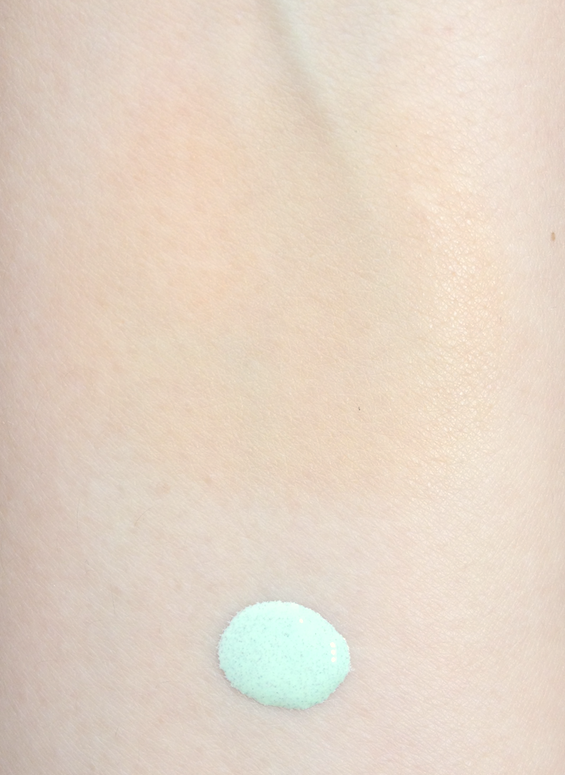 I have to say that I wasn't particularly overwhelmed with the Anti-Fatigue version - on my skin it gives my skin a subtle bronzed glow, which is certainly welcome, but not game changing. If you have deeper skin in need of perking up, or skin with a washed-out, grey cast, it might be right up your alley.

The Anti-Redness one though, is purely amazing. Here are some before and after pictures to give you a better idea... 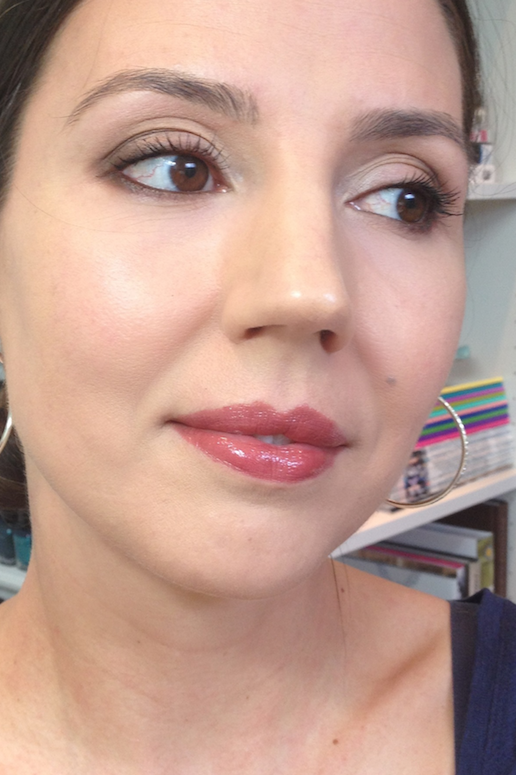 The first picture is bare skin, with just some moisturizer.

The second picture is with a thin layer of the Anti-Redness Magic Skin Beautifier BB Cream. You can see that through some strange alchemy, it's easily taken care of the redness I had in my cheeks, around the top corner of my eyebrow, and on my chin. It even muted some of the darkness below my eyes, cancelling out the red in the violet shadows. Where I applied it more heavily by mistake (just under my eye) it shows up a bit more yellow than the rest of my skin, but otherwise I don't feel like this looked visibly peachier or darker than my skin tone, despite what it looked like when swatched on my arm. (And unlike tinted green primers, it does't leave my face looking strange and ghostly.)

I suspect that if you're very pale, or you have a lot of redness to cover and thus need to apply the product more heavily, it might look more obvious. If you're using it purely as a BB cream, chances are you probably don't need a ton of coverage. If you do, then I suggest using it as a primer instead. It feels comparable to a mix of the Hourglass Mineral Veil and those new-fangled second-skin foundations, with a very liquid, silicone texture and a quick-dry, natural matte finish. Like both those products, it can look powdery and cake up over dry areas if you apply a lot, so I would suggest going with a thin layer, and using foundation, concealer and/or powder, if needed, overtop. That said, I think you'll be surprised at the amount of coverage this has, and how little of the other products you'll need to use afterward.

The third picture is with my full makeup applied on top, to test whether it would wear as a regular primer would. And it did. I applied my Revlon Nearly Naked Foundation with a moist sponge (which would normally give me negligible coverage), misted down my face with a floral water, then dabbed some Maybelline Dream Lumi Highlighting Concealer under my eyes, a bit of Nars Light Reflecting Powder, and that was it for the face.

I am incredibly impressed with this product, even though I really don't understand how it works. So in the long tradition of humans before me, I'm going to ascribe its wondrous properties to the dark arts, and call it a day.

Availability: Should be showing up very soon (possibly now) at your local drugstore, with a suggested retail price of 16.99$, though of course that can vary with vendor and promotion.

(Item was sent by the brand/PR to be considered for review. Opinions are my own, and I am not compensated.)