I don't generally like posting about products that are hard to acquire in Canada, but this Project Runway collection from L'Oréal is SO awesome - I had to share it. Hopefully if you are traveling to the US in the near future, this might prove helpful to your own drugstore forays.

The overall collection is named Electric Fantasie, with four displays bearing distinct themes. Most of the items I picked came from the "Wise Mystic" display, which features strong jewel tones and plum/berry shades. The nail polish is from the "Seductive Tempress" set, which had burnished and nude tones.


Studio Secrets Pressed Eyeshadow Quad in The Mystic's Gaze: I wasn't sure what to expect, honestly, because drugstore ranges usually fall short when it comes to saturated jewel tones like this. 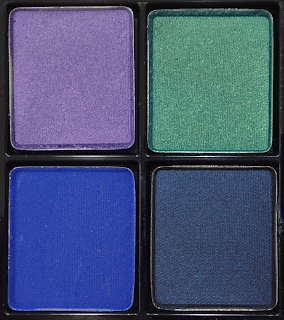 The violet shade is on the sheerer side, but builds up well, and has a soft, blendable texture. The green has richer colour and a similar texture. Both have a faint duochrome shimmer that gives them a nice glow when applied to the lid, and they pop beautifully when layered over a dark base. The navy shade is lovely - deeply pigmented and lightly shimmery. The texture is a bit powdery, so it does best over a base to maintain that richness. Otherwise it blends out really well as a crease shade.

The major disappointedment for me is the royal blue shade. It looks like Nars Outremer, and has the same issues of poor pigmentation, choppy blending incredibly patchy application. It's just a terrible shade, all the more so because the colour in the pan is so stunning. 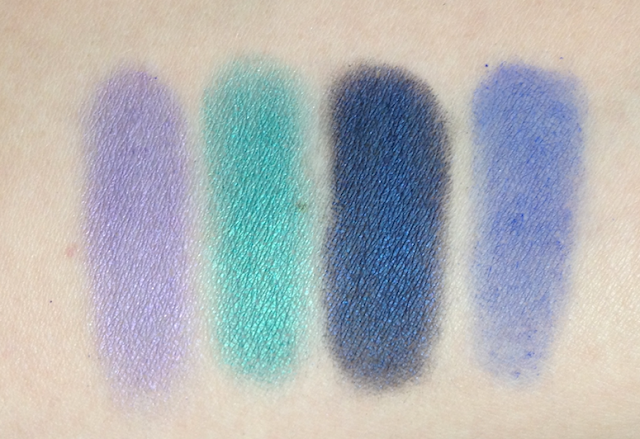 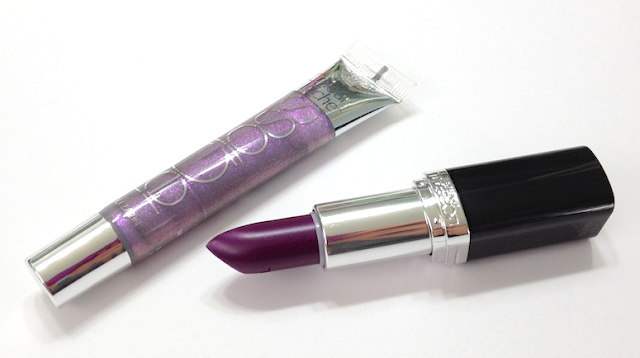 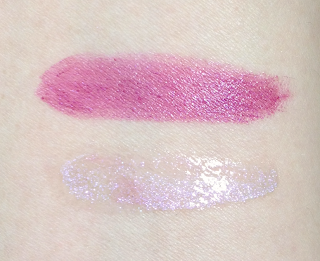 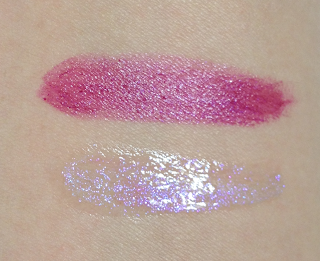 The lipstick is actually a lot more wearable that the bullet colour would suggest, more of a deep berry than purple. The texture is creamy and slightly hydrating, and it applies very smoothly.

The lip gloss has a clear base with a ton of duochrome shimmer in violet-pink and lilac. In some lights it  reads as pink sparkle, in others it's almost blindingly holographic. The texture is thicker and stickier than I prefer, but as I like to wear it layered over the lipstick just at the centre of the lip, it's not a major issue.


Nail Color in The Tempress' Power: So. Freaking. Gorgeous. This is the "Get It, Get It Now" product from the collection. 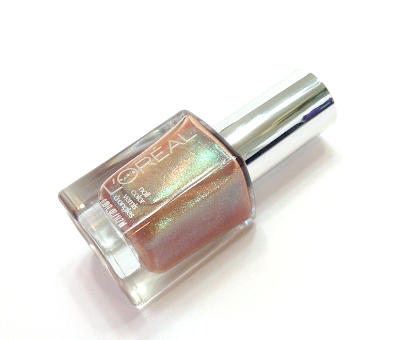 This is definitely more of a layering colour, though if you're willing to do four coats like I did for the swatch, it's also beautiful worn as is. This polish is magical - tons and tons of fine duochrome shimmer in a sheer base. Shifting beautifully under the light, it's a mix of gold, peach, orange and chartreuse and even a bit of teal. I regret not getting a backup, because I suspect I will be wearing it layered over everything. 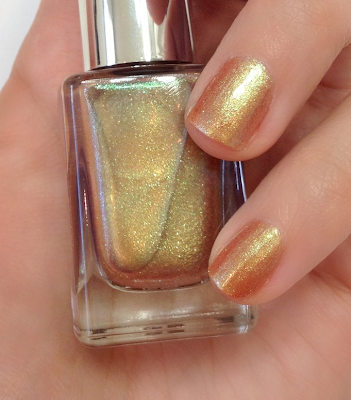 I'm not going to do the usual breakdown, as it's not readily available in Canada and prices vary wildly in the states, depending on region and drugstore chain you choose.

Is there anything you guys are eyeing or have already managed to get?

(I purchased all these items.)