Out of all the items I picked up from the MAC Extra Dimension Collection, my favourites by far are the blushes. I love that MAC did something different with the finish here, while staying true to the texture of the gelée formulation.

I wanted great colours for summer, so I opted to get Flaming Chic, Blazing Haute and Fiery Impact. And they are honestly all fantastic. 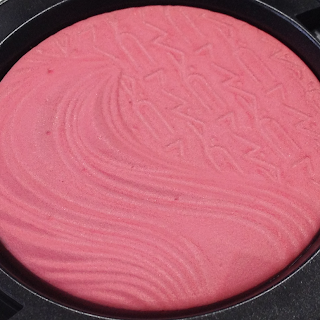 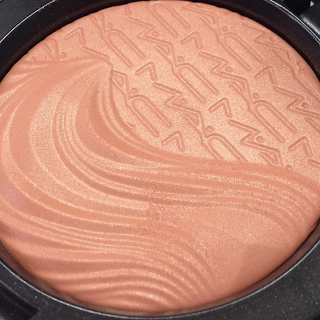 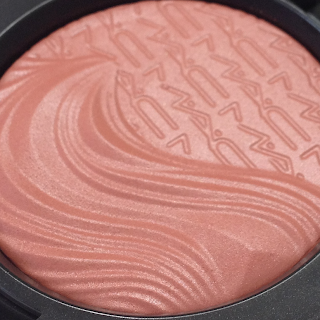 I was delighted to see that these were all a satin finish, as I hadn't relished the thought of a super shimmery blush - despite my magpie love for all things shiny. All three have that dry to the touch feel, and are super smooth and blendable upon application, so no surprises there. They have a teeny amount of sheen that does what it does to make skin look healthy and radiant without adding any overt shine or glitz.

Flaming Chic is a beautifully bright but wearable blue-based pink. Blazing Haute comes on far less orange than I feared, more of a peachy tan. It should be perfect for the fair but warm-toned, for that sun-touched effect. Fiery Impact is also far more wearable than the terracotta tones might suggest. I suspect it would be stunning on those with medium, olive-toned skin. It is the most pigmented out of the bunch so should be applied softly at first, until you have layered to your satisfaction. All of them are buildable, and because of the soft, fine texture they don't get cakey or powdery on the skin.

One thing I did find odd was that Flaming Chic seemed to have some sort of very fine layer on top. It's difficult to explain, but when I first tried to apply it, my brush picked up nothing at all. I thought I had gotten a dud, but then I remembered that something similar had plagued my Guerlain Terra Azzura Powder. I rubbed off the top layer with a tissue, and then had no problems. Very strange. Ultimately it didn't affect the performance, but I thought I should mention it in case anyone else experienced the same thing.

In terms of wear, all of these had a slightly less than average wear for me - six hours, with a very small amount of fading after that.

Availability: Gone, pretty much, unless you luck out and find something in the store. Price is 29.50$ CAD.

Pros: Beautiful pigmentation that can be blended out and worn sheerly, or built up for high impact with no caking. Very blendable.

Cons: Not the longest wear overall. That bizarre hard layer on Flaming Chic.

(I purchased these items from MAC.)