I've been inspired by Eugenia from Ommorphia Beauty Bar and Toya from Beauty Obsessed to start a series on my makeup collection. It didn't take a lot of convincing, as I love collection posts more than kittens. There's something about seeing all the makeup pretties laid out neatly (and swatched!) that makes both my Pisces and Virgo sides dance around in glee.

This is the only real vintage piece of makeup I own, and it has a profoundly personal meaning for me.

This is one of the first items of luxury makeup my mother owned.

We moved from Poland to France in 1982, during the Communist regime. At the time, Poland was under martial law and my mother could not abide the thought that she would stand in line for hours to try to buy food, only to find out that there was nothing but vinegar left on the shelf. She wanted a better life for her family. My father left the country first to establish himself in the US, and we followed after a year. We were not able to join him in New York right away, and instead made our way to an intermediary stop in France - a stop that lasted two years. When we arrived, my mom had instructions that she had written down in phonetic French, and we each had a bag. At the time, I was a cranky and sick 4-year-old, and acting every bit of it. I'm amazed she didn't pitch me head-first into the Seine.

In retrospect, I know what an extremely brave and selfless thing it was for her to do, uprooting us and taking an incredible chance on a better life. We had some extraordinary friends waiting for us in France, including the matriarch to end all matriarchs, who I came to know as Grandmaman. We also had Anne, who was just...Anne. One of the kindest, sweetest, most elegant women ever, a great friend and soul sister to my mother, and the ultimate image of "chic" that was forever etched in my mind. I don't remember much from that time, but I remember the scent of certain flowers, the feel of lace and fine cotton - and those ladies. (My mother also says I ate butter by the fistfuls, astonished and made greedy by its abundance. But that's a story for a different time.)

Anne was a beautician, and took my mom under her wing. I'm not sure if she bought the Guerlain Métérorites for her, of it's something my mom eventually got for herself in later years. In my memories, they always seemed to be present on her vanity. I was so fascinated by them, by the violet smell and the colours and the shimmer of the powder. Eventually she passed them on to me, presumably so I could play with them the way kids do. Instead they took on an almost magical property, became a little totem of sorts. The beauty junkie in me can be traced back to these little beads, and a French ideal of feminine grace and beauty that, to me, is synonymous with love and generosity. 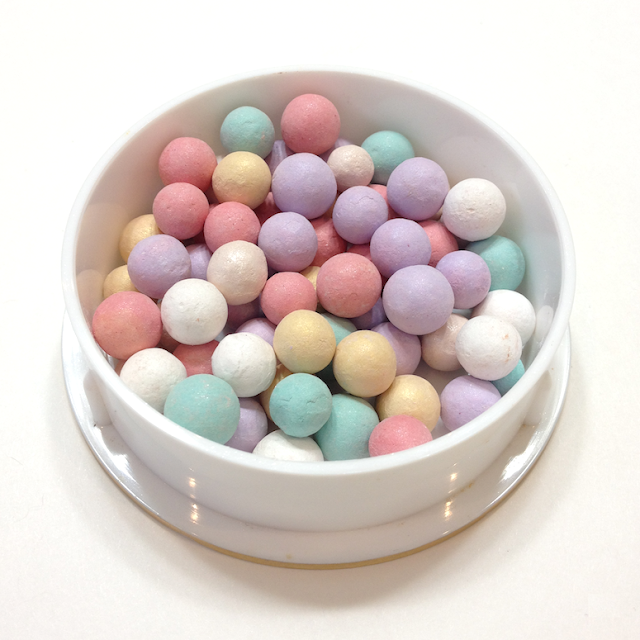 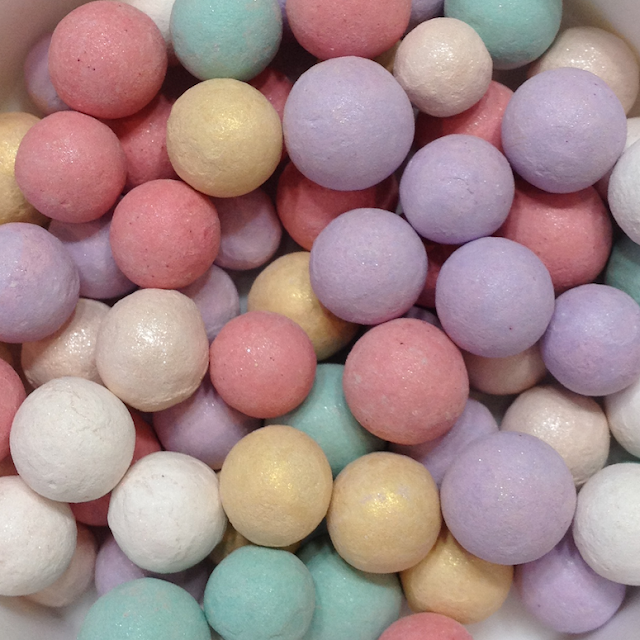 One of the questions I was asked - repeatedly - after I posted my makeup collection video online was "aren't you worried about your makeup going bad?". To answer that question technically: powder products can last a lot longer than the suggested best-by date, especially if you take care of them. With these, I gently spill them out over a paper napkin and spray them with an alcohol mist, and then clean out the jar with more alcohol. I let everything dry and then decant the beads back in. The process removes any surface bacteria that may be lingering.

I don't actually use these anymore though - I keep them because because of what they evoke. Makeup may be transient in nature, but its value cannot be dictated by a best-before date.

And yes, it still smells of violets.