Oldies but goodies from Lorac.

I just ordered some new-to-me stuff from Lorac, so I thought now would be a good time to dig into the drawers and pull out a couple of things I haven't used in a while: the Snake Charmer and Croc palettes.

They are still freakin' amazing. 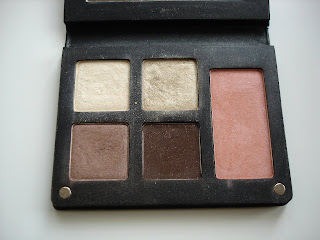 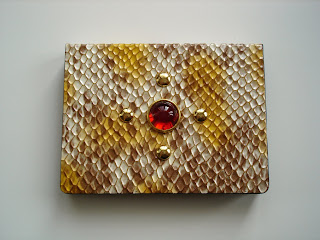 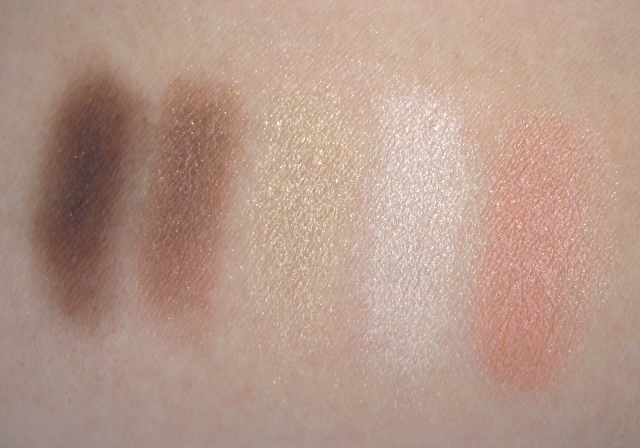 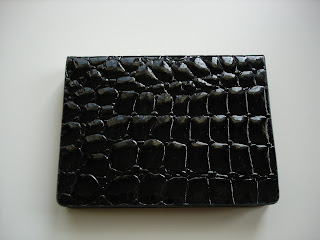 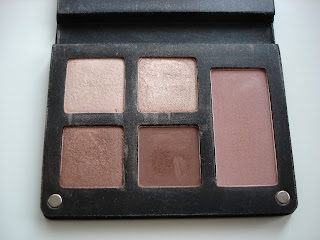 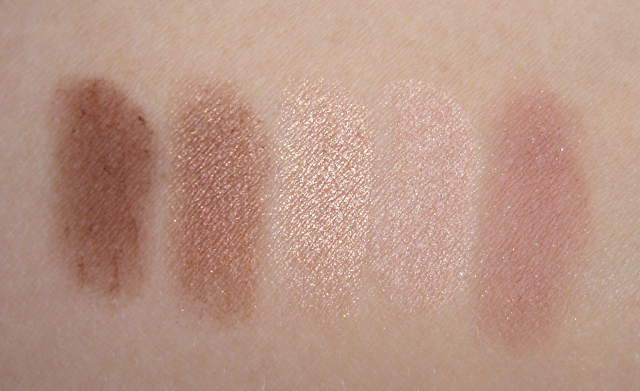 Croc swatches, blush on the far right. No primer. Flash.

I remember when I first tried these, I was blown away by how buttery and dense the pigment was, how beautiful the colors were. They're perfect for everyday wear and can be oomphed (we'll pretend that's an actual word) up easily. I think the quality is good enough for these to migrate to a kit, but I haven't seen too many artist use Lorac. Which is weird to me, considering Carol Shaw (the creator) is an artist herself.

The Snake Charmer palette is probably my favorite out of the two, mostly because the colors are just so beautiful and flattering on a warm-toned complexion like mine. They all have some degree of shimmer, except for the dark brown, which is a matte with some sparkle, the latter of which does not show up strongly on the skin. (It reminds me a bit of the DS finish from Inglot.) The blush is in the same family as Nars Orgasm, though I think it's actually softer and more pigmented. I'll do a comparison post sometime soon. I think the only shade that isn't 100% perfect is the slightly greenish gold - it's not quite as smooth as the other three eyeshadows, and has some of the flakiness I associate with the lustre finish from MAC. Though not nearly as annoying.

The Croc palette is the ultimate day-to-night palette, and though it's warmer-than-neutral, it's still eminently wearable. Three of the eyeshadows have shimmer, with the deepest one being matte. The blush is matte as well. This one had no texture issues whatsoever, and it's a classic piece to have in your makeup arsenal. The palette version of the LBD.

Availability: Snake Charmer is no longer available, but you can find reasonably-priced ones on Evilbay. The Croc palette can still be purchased from Sephora and Lorac for 36$.

Cons: Snake Charmer has one shade that is a smidge (and I mean a smidge) flaky. That palette is also more difficult to obtain.